With ever decreasing acessible locations and fish to target from the shore, sometimes it pays to think outside the box. In 2010 i decided to seriously target a Southern Bluefin Tuna off the rocks in Victoria, which to my knowledge hasn't been achieved before. I made two trips down the Shipwreck Coast to look for a fishable ledge and after a lot of bushwalking, found two suitable locations. Very excited i rang two mates with my proposal and we had a meeting to discuss the plan of action. As far as i saw it, live bait in the form of Slimie Mackeral was going to be the key and had to be transported in from Portland harbour over a long distance. The "Slimie Express" was born.
In October we purchased an old trailer from e-bay and went to work on it, to transform it into the slimie express which sported at 1000 litre tank, 4 stroke pump and all the plumbing required. 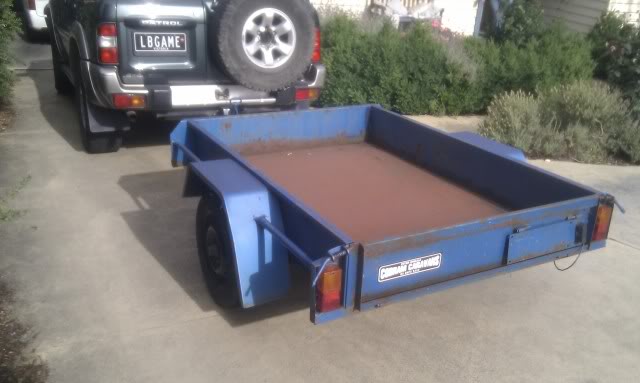 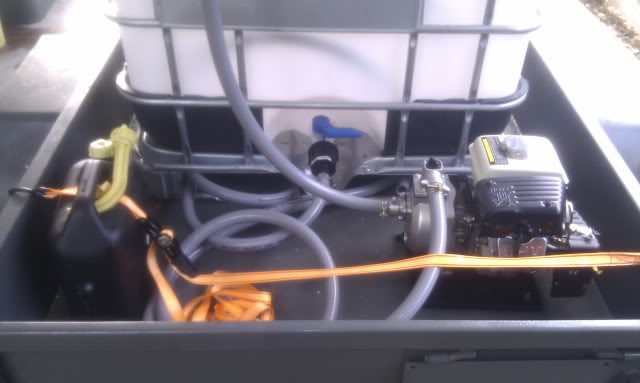 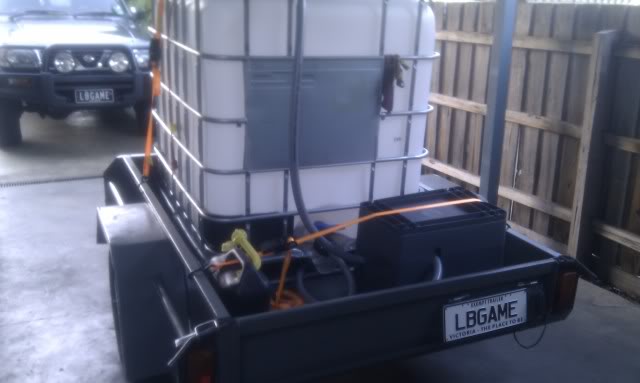 In January we took the trailer for the first trial run to Portland and the plan was to fish one day on the breakwall for Kingfish and the other two days to try out our setup on the ledges.
We filled the trailer with 300 litres of water and some bait and rolled it onto the breakwall to the delight of many onlookers, who thought we lost the plot. 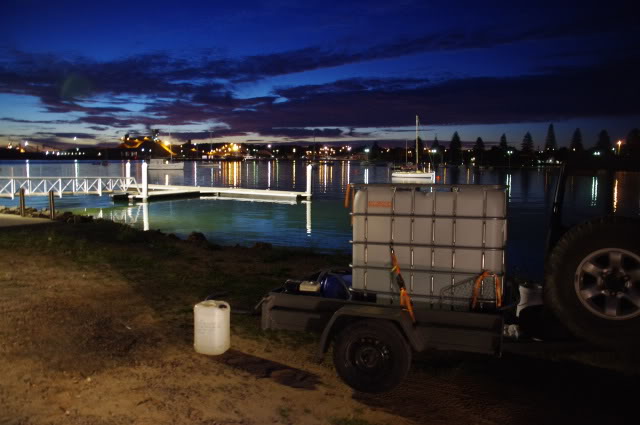 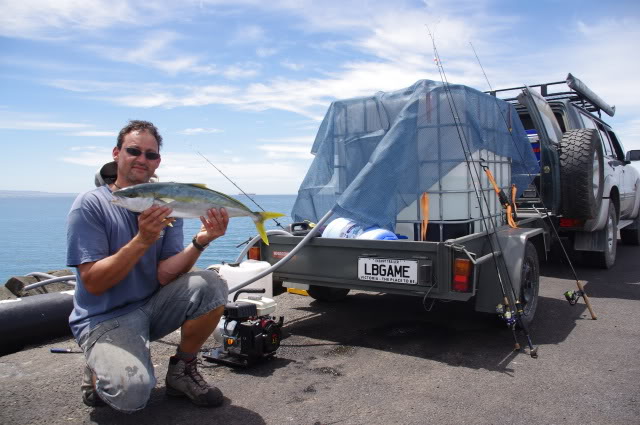 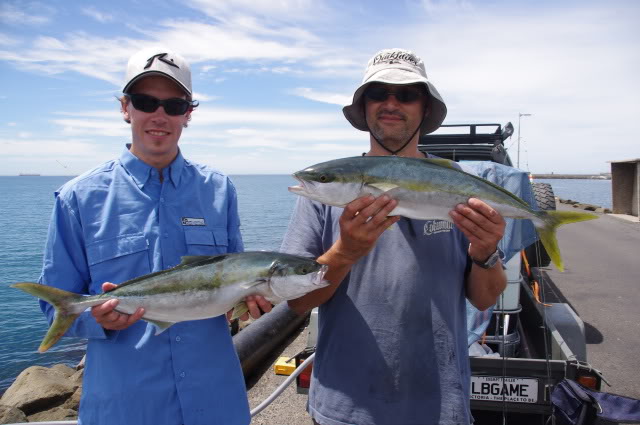 Brad Palmer and myself managed some Kingfish each which were just legal Victorian size, but a first for both of us and we were pretty happy with the trial run over the whole weekend. The only thing needed some refining was a shoulder carrying device i made up, to carry the baits down through the bush and onto the ledge.

Now the wait began and we were keen to hit the rocks when the first Tuna showed up at Port Mac, however the swell was too big or the conditions weren't right for the next few weeks.
Then suddenly, one week it all seemed to come together and a Thursday looked very promising, however i had annual leave in Perth from Friday onwards for a week and was doubtful to get time off work. My mates couldn't get time off either. By Tuesday i was so worked up about the way things were shaping up down the coast, i asked my boss for Thursday off to which he replied "Forget it". The next day it was looking even better, everything aligned and i was stuck. I printed all sorts of reports, weather charts and sea surface temperature charts out and said to my boss "check this out, i gotta have a day off". He said "this is reverse workplace bullying" and we made a deal that if i get the job done i could go. Needless to say, i worked my ass off and was home packing my gear, hitting the road by 8pm, on my own as my mates couldn't get the day off.
I had a plan "B" in case this would happen and when i arrived at Portland at 1am, i knew i had to get back up at 3am to try and get some bait. Once the sun came up and i still had no bait after hours of trying, the decision was made to try at the ledge for bait.
Once i cleared the bush and laid my eyes on the ocean before me, excitement set in immediately as gannets were crashing the baitfish in close and once down there i even saw some Sauries skipping the surface which i had never seen before. Setting up my gear seemed to take an eternety with all this action going on and now even some turns joined in on the frenzy. Finally i was set up and feeding the first bait out towards the birds when a Gannet crashed my bait. I was cursing as this drift took forever and i had to repeat the process. Eventually feeding out a second bait, the same thing happened. While i was winding in Gannet number two, my pulse stopped as two Tuna broke the surface about 200 metres out .......... holy crap i thought, was i seeing things? I was pretty sure they were tuna and with shaking hands rigged another bait, this time adjusting the stopper knot on my double to set the bait deeper and hopefully away from the Gannets. As i was feeding out the next bait towards the action, which slowly seemed to move forther offshore, the line suddenly took off in a real hurry. Hoping a tuna might have grabbed it, i set the hook and was on. A fair amount of line was out at this stage and due to some reports of bigger fish at Port Mac the day before i was fishing heavy gear and it didn't take long to get the fish in close to have a look. Indeed it was a tuna and with perfect conditions i managedd to land the fish with my 14ft gaff. The jubilation that followed over landing this fish, is something only a landbased angler can comprehend. For me, this was a dream come true which started years before and took some months of preparation. 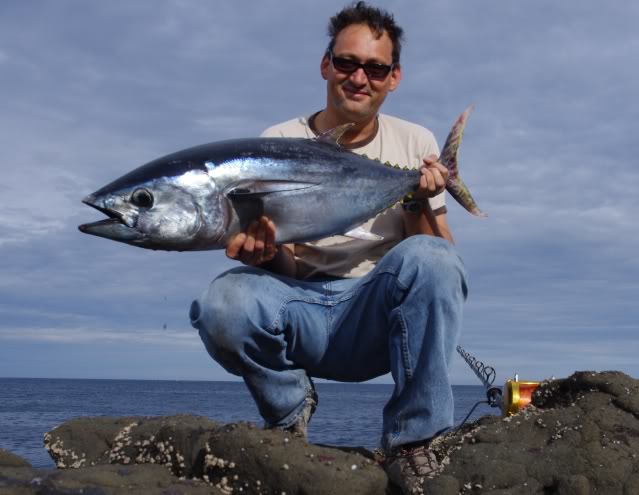